This is the story of one of the wilder social enterprises out there trying to address the crisis in STEM (science, technology, engineering and math) education, especially in under-served communities.

The social enterprise, Mine-O-Rama, was recently formed to run conventions for devotees of the video game Minecraft and YouTube videos about the game.

In case you don’t know, Minecraft is a wildly popular game that mostly involves a world in which you manipulate really really big Lego-like objects. (Minecraft fans probably will hate this simplistic explanation).  And there’s a sub-sub culture of YouTubers who create videos about things they’ve done in Minecraft. Their work attracts literally millions of views.

What does this have to do with STEM? About a year ago, Lou Gasco, a New York-based project management expert, learned about the desperately low rate of interest among U.S. students in vitally important STEM subjects and, especially, about the lack of access to STEM resources in low-income and under-served areas. He and a group of friends decided to start a nonprofit that would hold really big virtual science fairs for a lot of kids, aimed at getting them interested in STEM, called The Greatest Science Fair Ever (TGSFE).

What does The Greatest Science Fair Ever  have to do with Mine-O-Rama? Basically, Gasco stumbled upon the thriving world of Minecraft players and YouTubers and realized he could create a for-profit enterprise targeting that population, using revenues to help fund his nonprofit. 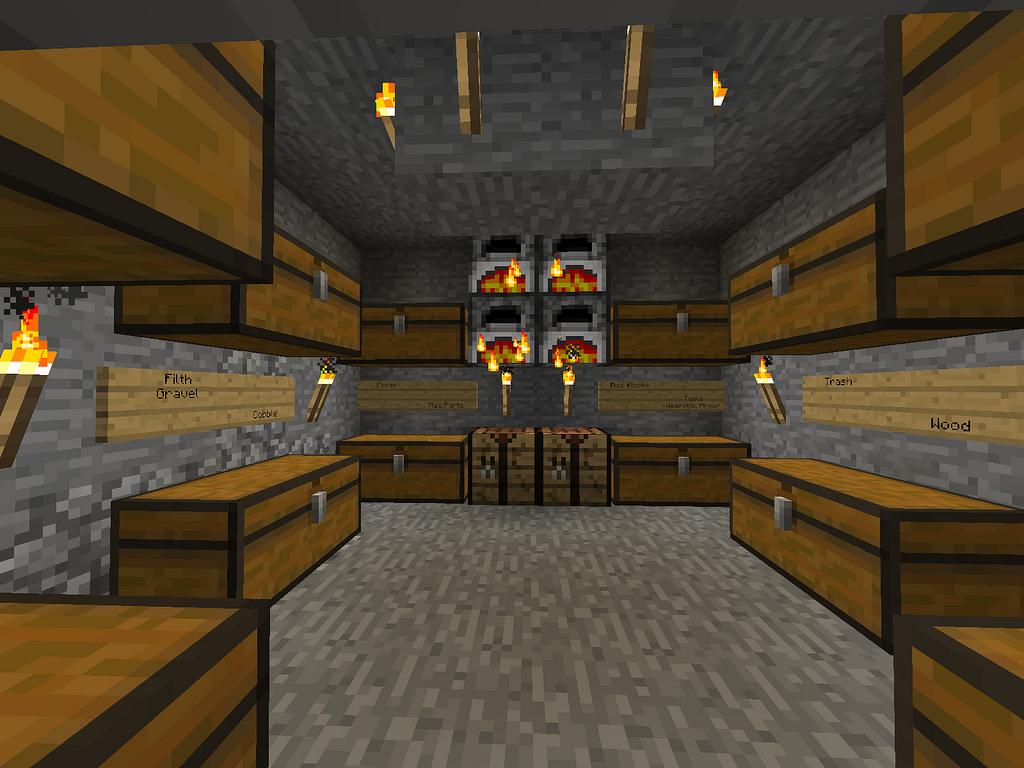 That’s it in a nutshell.

About two years ago, after participating in some networking events for startups and investors, Gasco decided to form his own incubator for social enterprises. Through that effort, he met the founder of Why Science, a startup with software aimed at getting school kids interested in STEM. He also began learning about the STEM crisis in the U.S.–not only how far behind the country is in supplying the professionals needed in these occupations, but also the massive gap in resources for low-income kids.

Over dinner one night, he and a group of friends got to discussing the topic and came up with an idea: Science fairs could be effective forums for generating interest in STEM subjects.

With that in mind, they would start a nonprofit by the name of The Greatest Science Fair Ever to work with schools and get kids excited about STEM careers. Ultimately, through their participation, kids would learn about science methodology and other STEM subjects in a fun way.

During focus groups with educators, however, they learned two important pieces of information. The good part was that the participants loved the idea. The bad part was they said schools didn’t have the capacity to run such a program.

Unfazed, Gasco and his friends approached several teaching graduate schools to see whether they would create an internship program through which participants would mentor kids taking part in a science fair project if TGSFE provided all the computers and other necessary tools.  To reach as many kids as possible, the fairs would be conducted virtually, with WHY Science’s software as the basis for the technology underpinning the event.

The problem was how to finance the effort.

Around the same time, Gasco’s 14-year-old son started becoming heavily involved in playing Minecraft. With millions of users, the game requires that you build shelters and tools to fend off zombies and other predators who come out at night. “Part of the excitement is learning how to survive,” he says. But creating this stuff requires having an understanding of electricity and other basics, like building what amount to circuit boards. Kids figure out how to do that partly by watching YouTube videos and reading Wiki entries, according to Gasco.

Soon, Gasco, too, became an avid player and he started attended Minecraft conventions with his son. Last year, at one such event in Orlando, he met a bunch of YouTubers who make videos about Minecraft and, literally, have millions of subscribers. He also made the acquaintance of King Jojo, who manages a group of these video makers called TEAM MVG.

In November, they got together in New York to talk about how they could combine the YouTube Minecraft phenomenon with TGSFE.  After an hour and half dinner, they came up with a plan: run a gaming convention in New York for Minecraft players and YouTubers. But it would be organized by a for-profit company, which would be used to fund the nonprofit science fairs.

“This wouldn’t just be an event,” says Gasco. “This would be a company, which would fuel the STEM education movement.”

Then Gasco really got busy. They launched a web site to sell tickets, selling about 1,800 over a period of a few weeks. Then working with the New York City Department of Education, they sold another 5,500 tickets. Total sales: about $500,000, made in a matter of weeks.

The plan also is to line up sponsors to run exhibits. Example: a table where kids create a light in Minecraft, then build a circuit board, the real-life version of what they’d just forged online. “It would take kids on an educational path,” says Gasco. There also will be panels featuring Minecraft Youtubers on such topics as how to host a game server and monetizing your YouTube video.

Leading up to the event, which is scheduled for July 12-13 at Pier 92/94 in New York City, there also will be smaller challenges, like a high school art and design competition to build and decorate Minecraft huts. Ultimately, Gasco, who is targeting everything from public schools to Boys & Girls Clubs to market the event, wants to run Mine-O-Ramas in 10 metropolitan areas in the U.S.

“STEM education is interwoven in almost everything Mine-O-Rama does,” says Gasco. “It’s a symbiotic relationship.”

Want to stay up to date on my work for Arizona’s 1st District?